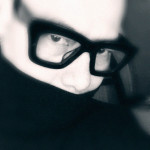 Chan Dick is a Hong Kong photographer whose personal works have caught as much as, if not more, public attention as his commercial works.   In 2015, his photo book of picturesque bird-eyed view of Chai Wan Fire Station won him the Hong Kong Photo Book Awards. His photos have been selected by Invisible Photographer Asia and showcased at Angkor Photo Festival 2015.

His photo series No Compromise portrays student activists aspired to make social progress in Hong Kong’s political scene. It won him a third place in the International Photography Awards (IPA) Competition in the professional editorial/political category.

His earlier works include Escapers that touches on the odds of escaping from a totalitarian regime, and War, a photo story taken for kart racing aficionado to support the construction of a racing circuit in Hong Kong. The latter was exhibited in the 2014 Pingyao International Photo Festival in China.

Today, Chan Dick answers some of our questions about his photography and what drives his creativity. 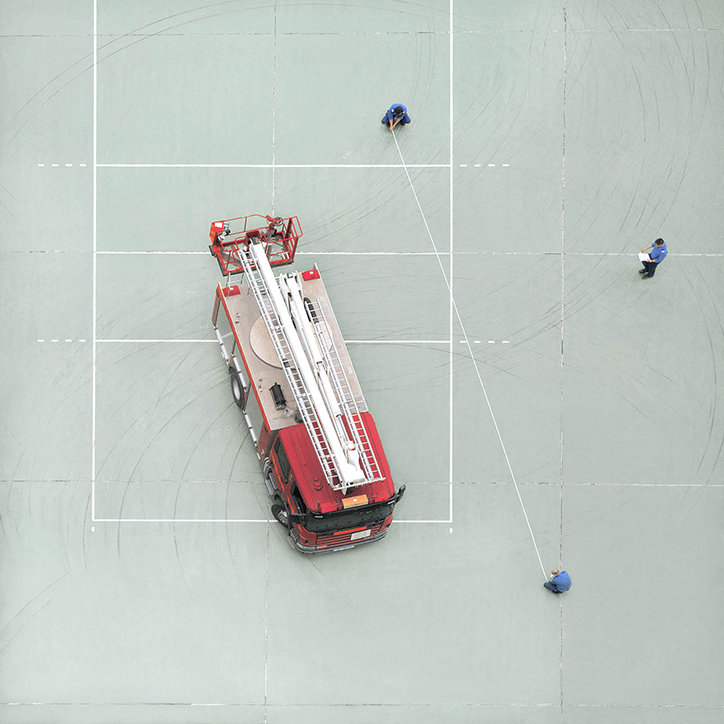 YMB: I originally found you from your series, “Chai Wan Fire Station,” a beautifully minimalistic birds-eye view of a fire station and the various scenes that unfold there. How did this series come about and how did you find such perfect moments?

I was working at my workshop one day when I heard some noise coming from the bathroom. Curious, I opened the window and looked down below: firemen playing volleyball! For the next month, I dedicated myself to observation. Bit by bit, I discovered the routine of this small, unusual space: professional training in the morning, volleyball in the evening. In between, there were some kindergarten field trips, a few special training exercises and then the occasional official inspection. The scene is surreally picturesque for a coincidental discovery, so I decided to pick up my camera and capture the scenes of the fire station — rare to the public eye — through the tiny window.

To get the perfect moments, I would check several times a day and if I sensed that something was unfolding, I would usually wait for 30 minutes or even up to an hour to try my luck. In the first six months, I would shoot whatever I found interesting but as time went by, I became more selective and would only take out my camera when the scene was new or unique. 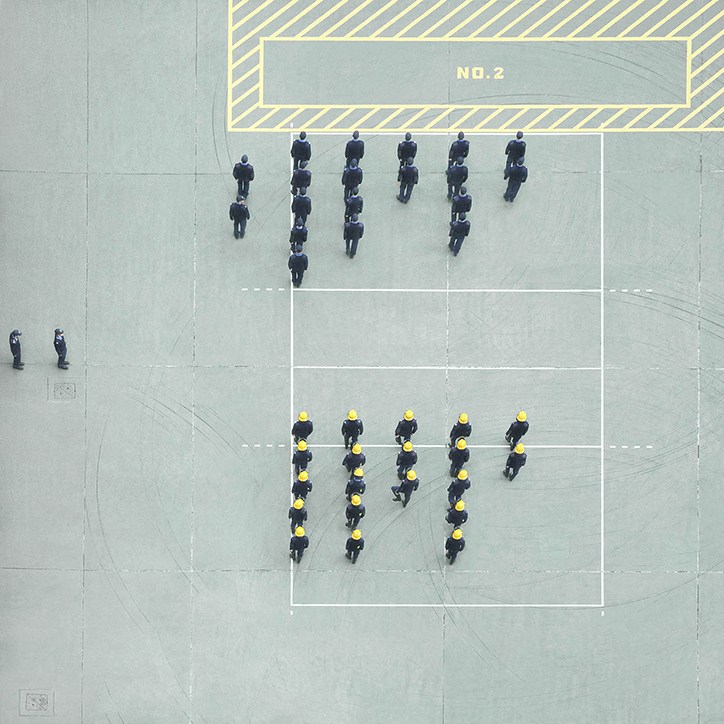 Take us back to your first (or one of your first) creative moments and tell us that story.

It was some time back in 2006 when the HKIPP (Hong Kong Institute Professional Photographers) invited members to submit a photo for the cover of its annual publication. There was no theme, so I took a photo of a door in an old government housing estate in Hong Kong. The door welcomes the reader to find out more by opening the book. I’ve decided to use the door sign to represent the year of the publication. My photo was eventually chosen to be the book cover and poster image of the annual exhibition: 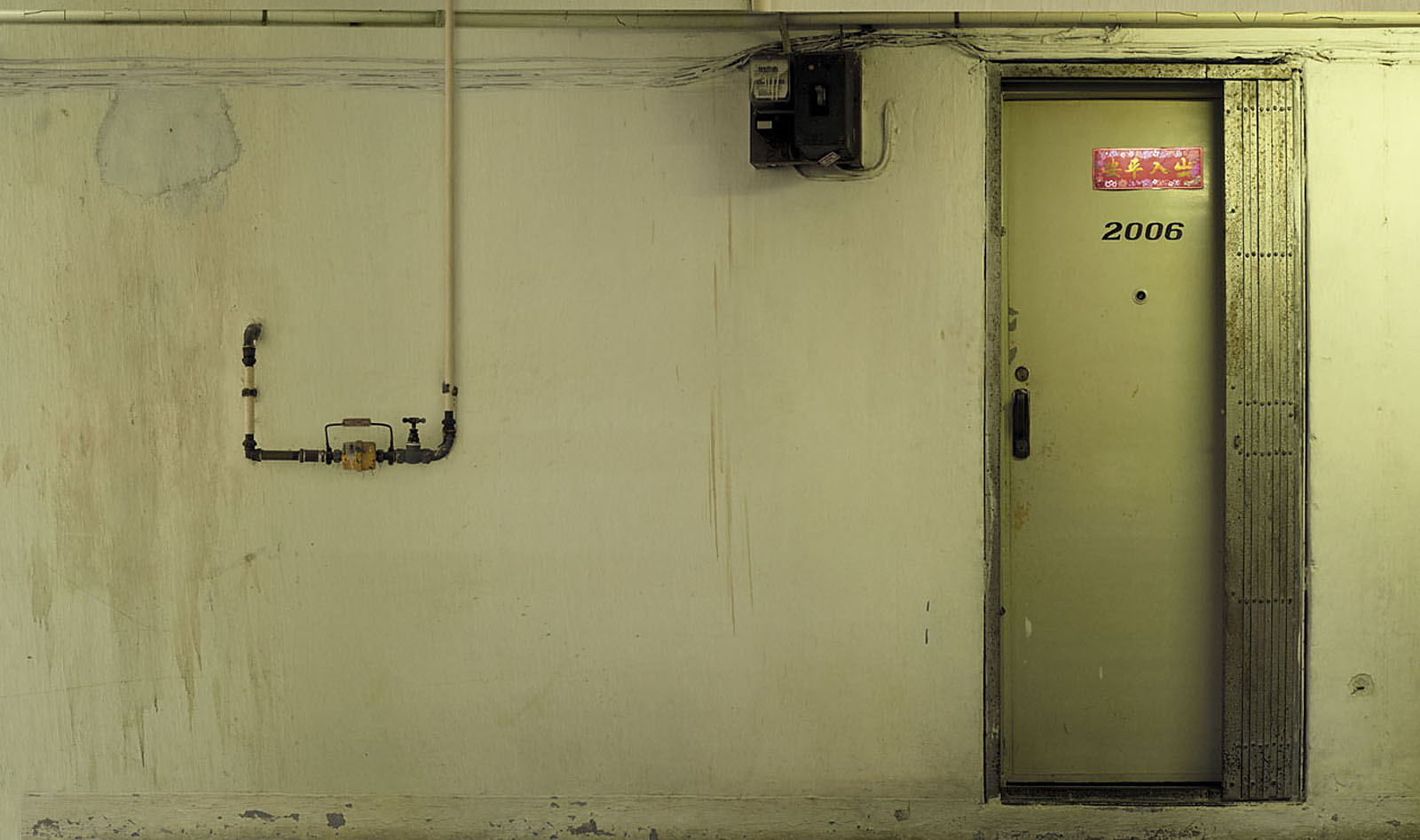 This became a start of my road to creating personal works. I’ve discovered a newfound interest in photography. The style used in this photo (in particular the emphasis on lines and geometry) can still be seen in my current works. I have since shot many other photos of government housing where I lived and grew up in Hong Kong, and explored other themes later. 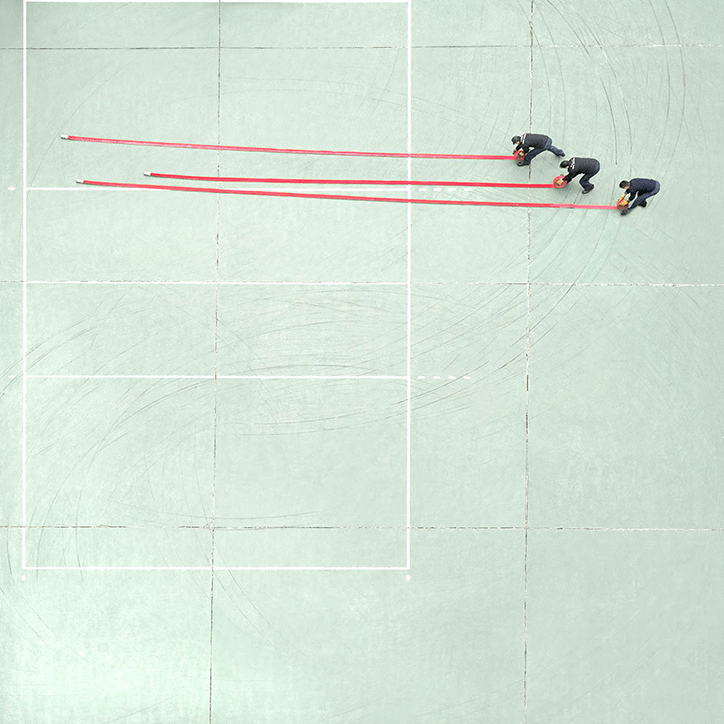 What are some things that initially held you back from creating art (or still do)? What did you do (or still do) to combat that?

There was a time when I feared shooting what other people may have already shot before. I don’t want to repeat what others have created. I later realized that no two photos are the same, even if it’s shot at the same place by the same person. I worry no more.

Additionally, I’ve been facing (and still face) difficulty in switching between the modes of shooting personal works and commercial works. Commercial work is about executing what a client wants; personal works is about expressing myself within my full control. They are totally different worlds and require an extremely different mentality. I have to adjust every time I switch from one mode to another, and such frequent switches can be pressurizing. To be able to immerse 100% into any one of the worlds, I try to take some time to pause and breathe every time I make a switch. 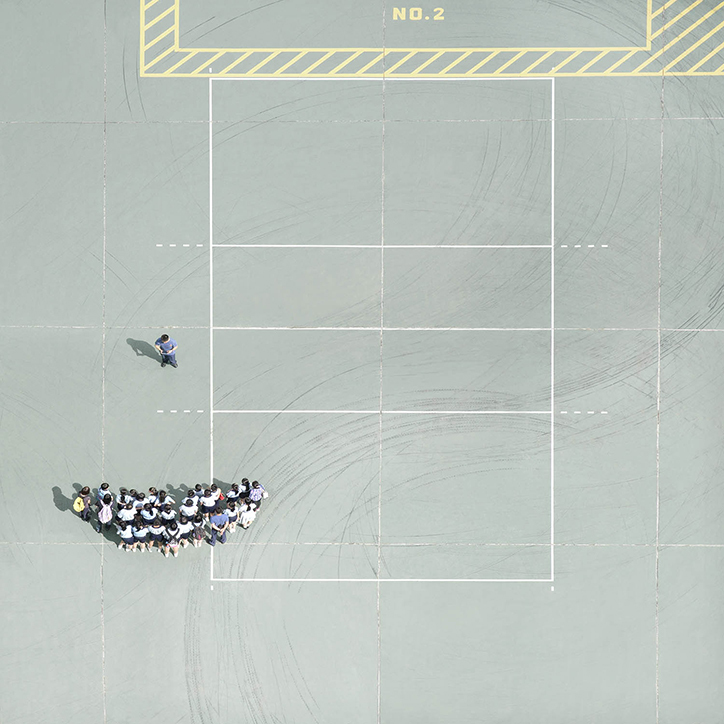 Take us to your most triumphant creative moment.

The photo series “No Compromise” (below) made me proud. 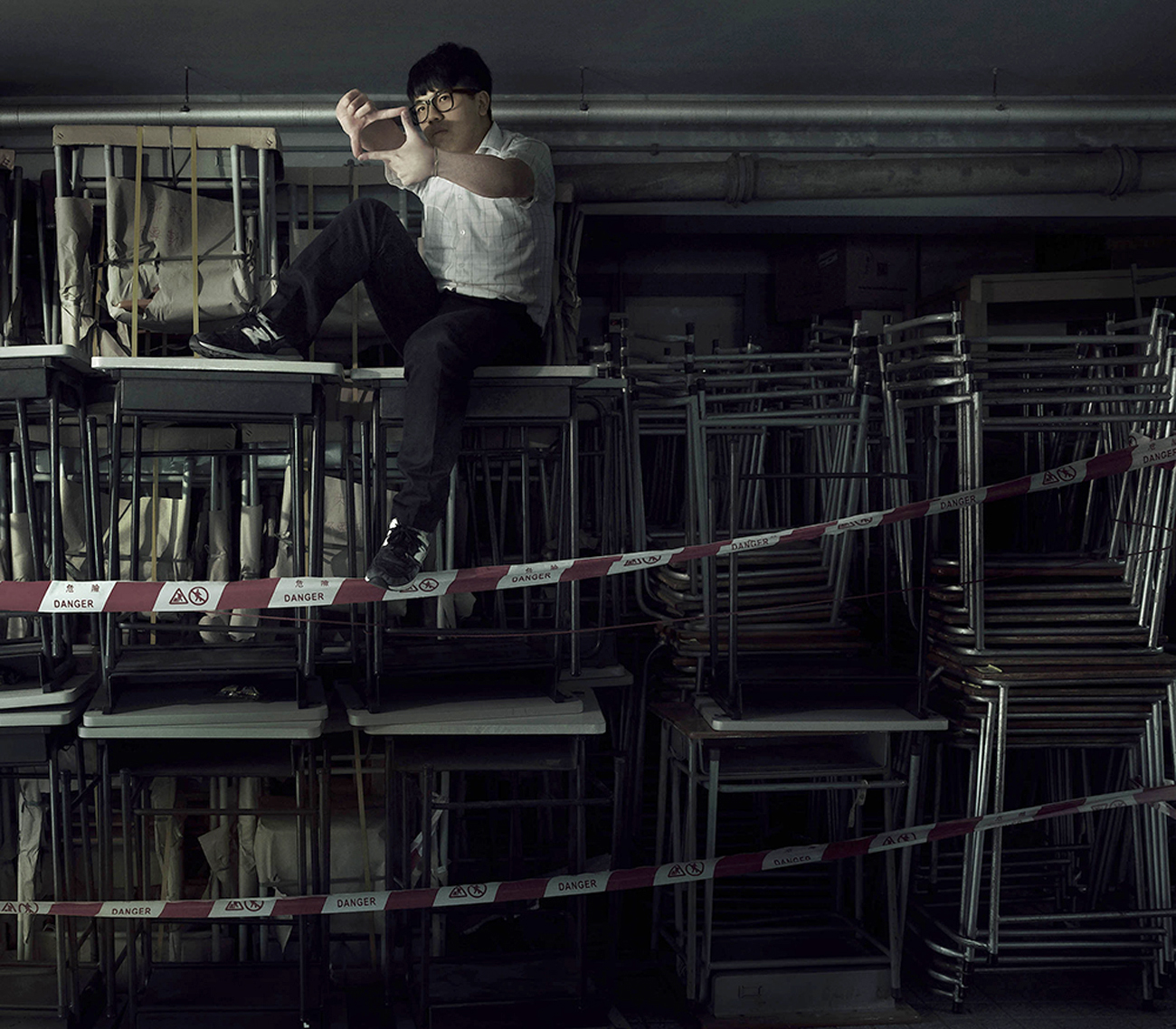 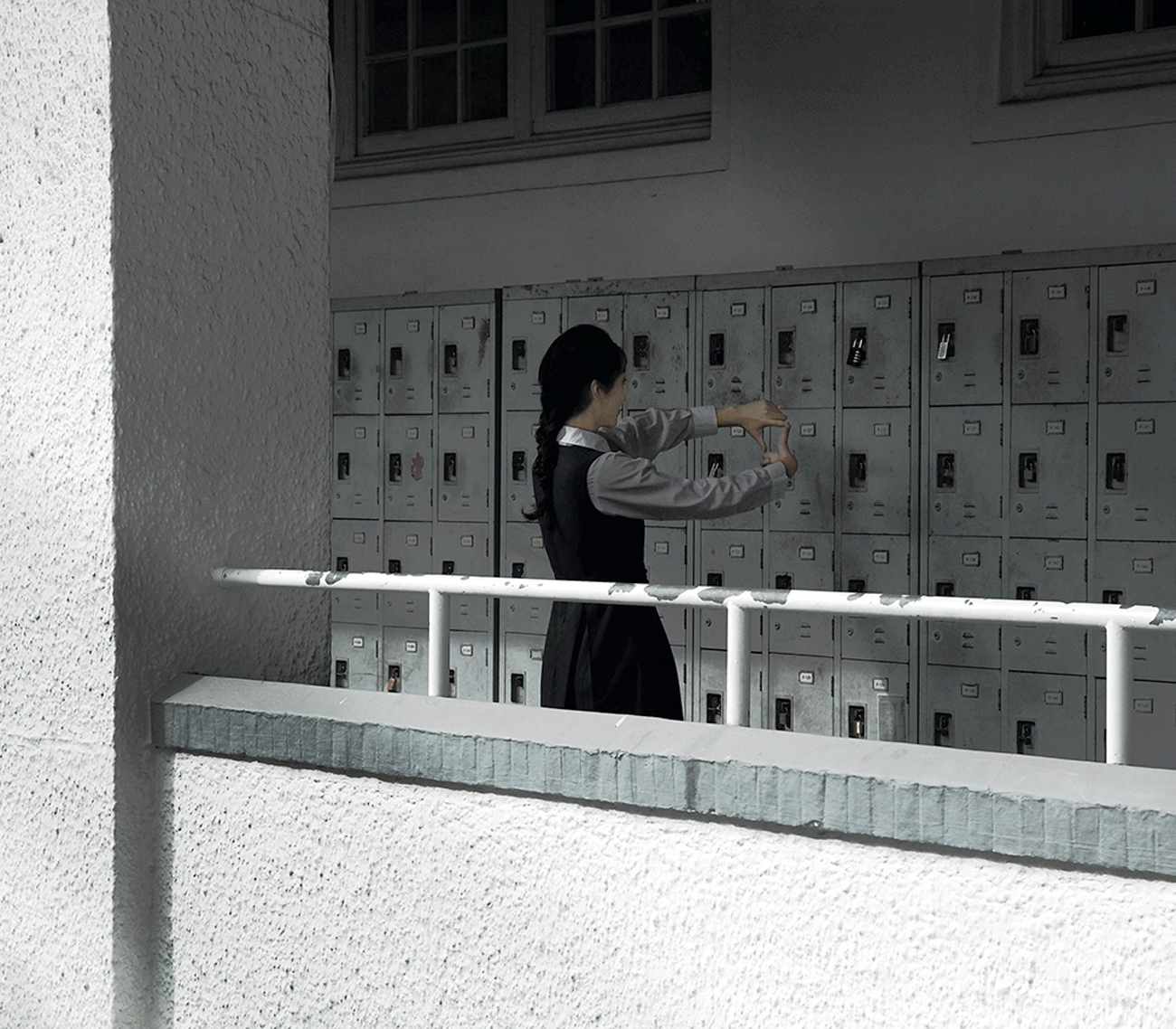 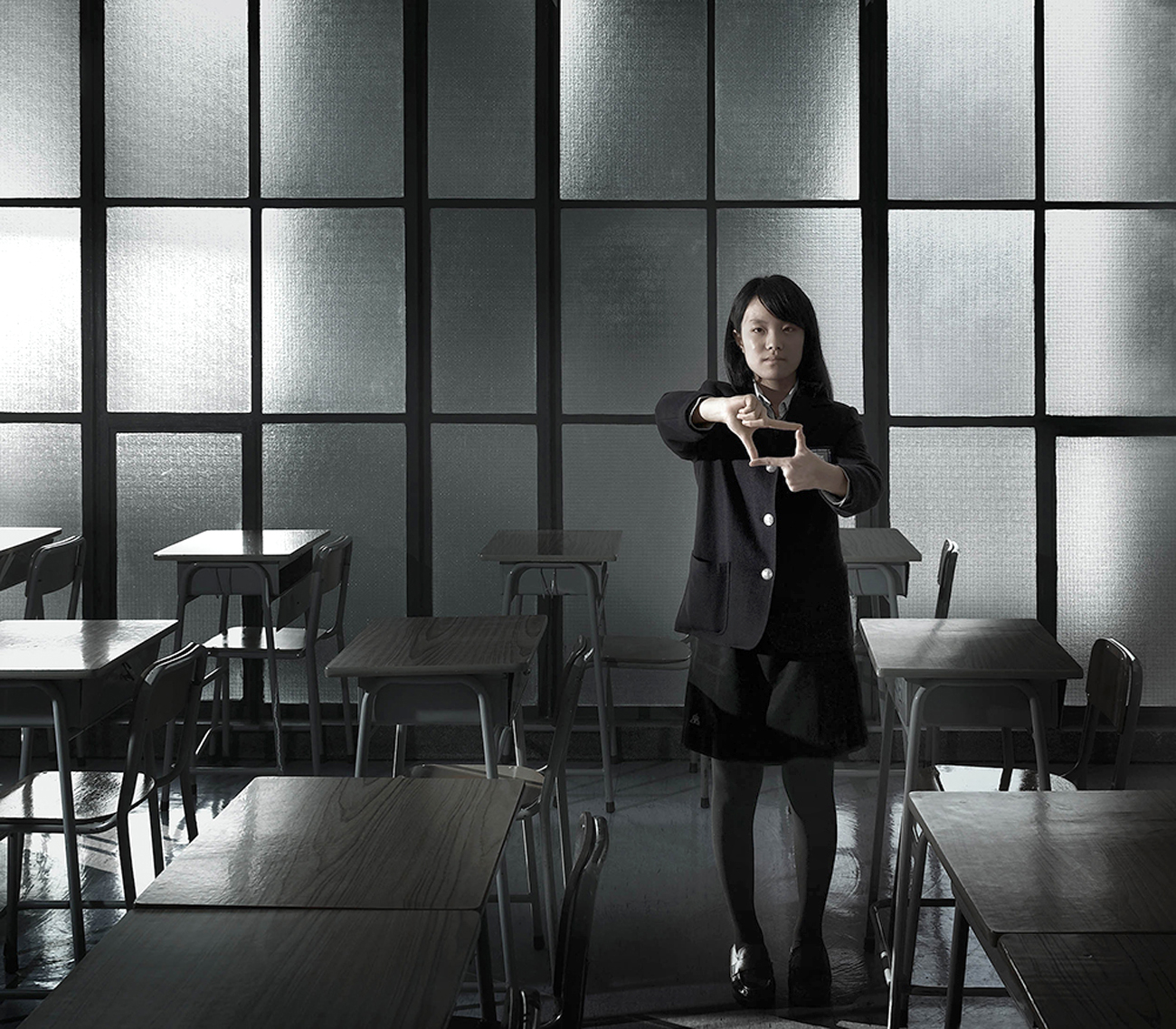 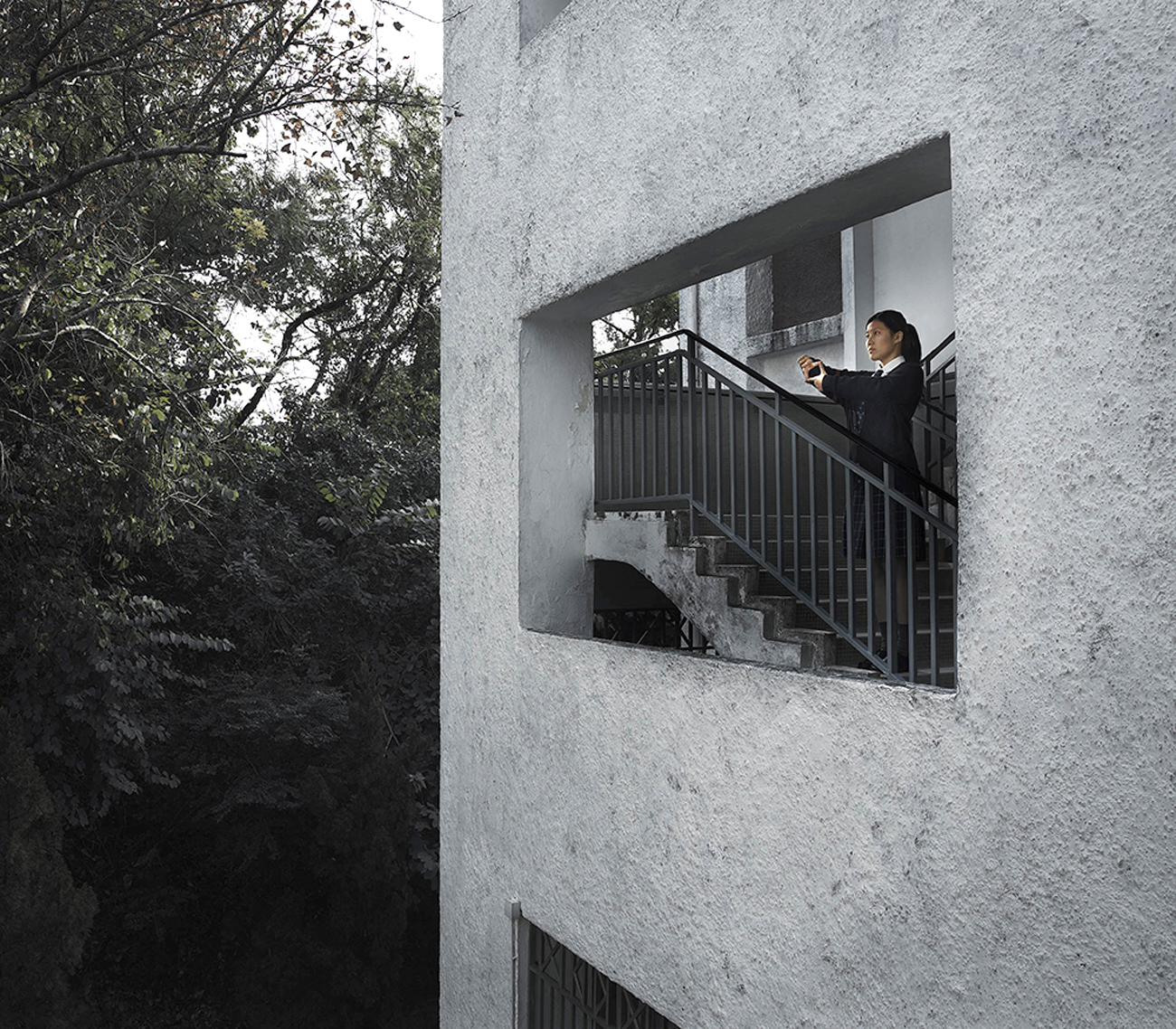 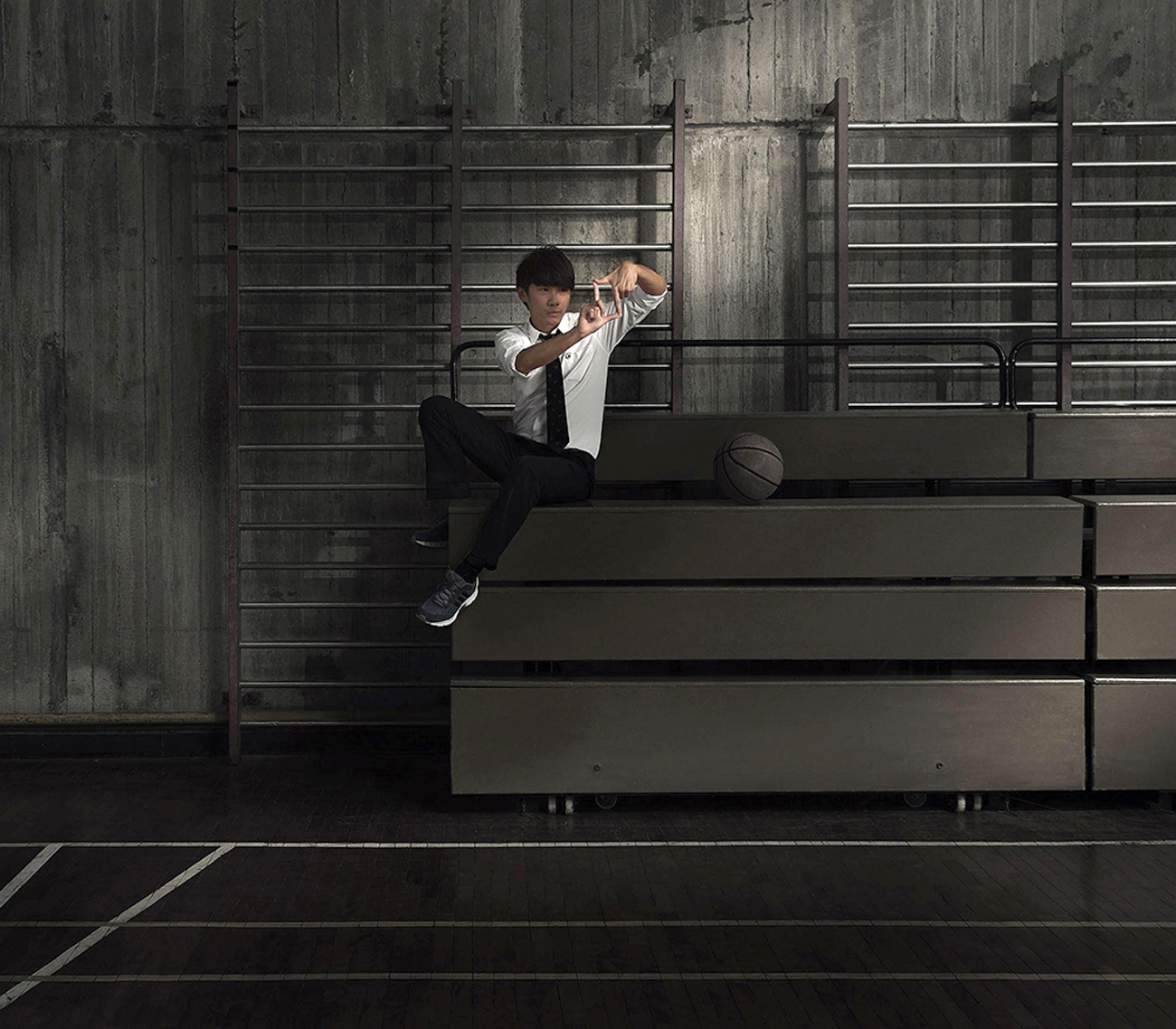 Originally all I wanted to do was to help a group of young students deliver their political message to the general public at a critical moment in Hong Kong. The students had very limited resources and did not have help from any professionals to brand their message. I happened to know the leaders of the student group and agreed with their message, so I asked if I could help. The series turned out to be a successful campaign in terms of local reach. The series also won the overall 3rd prize in the Editorial category of the International Photography Awards (IPA), reaching out to more people overseas, but the feeling of triumph did not come from the award; it came knowing that I’ve contributed to something worthwhile and meaningful.

What does photography bring to your life?

About 2 decades ago when I first approached photography, it became my trade and a way to sustain my living (until now). I have to thank photography for that. In the recent years, photography has another impact on my life – I have been able to express more through creating personal visual works. It has become the best way for me to express my views of the world, and hopefully a channel to affect how other people view the world. 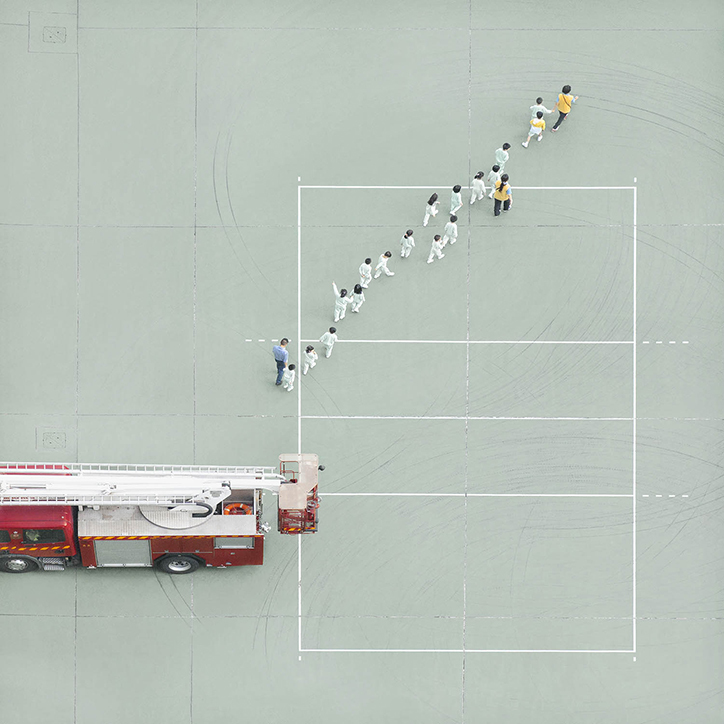 What is your formula for balancing your time?

I spend about 30% of my time on commercial works, and 70% on personal works.

Who is your greatest inspiration?

Nadav Kander because he has shown me that a photographer can excel in both commercial and personal works, something I’d like to achieve some day.

Share with us your favorite book, YouTube clip, photograph series, or whatever else that you draw inspiration from, and that maybe we can too. 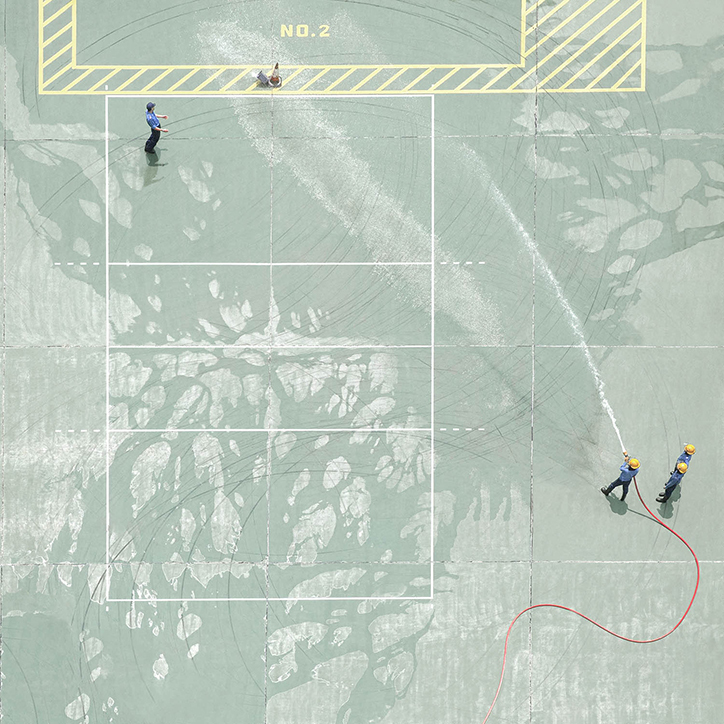 You’ve inspired all of us today, but I know that there is someone out there that you’ve especially reached today. Someone out there is thinking maybe I could do this too. Give that person your best advice and push him or her into action.

A huge thank you to Chan Dick for making this work so that he could inspire YOU to hopefully pursue your creative passions.  Chan’s series, “Chai Wan Fire Station” will be printed and published worldwide very soon. You will be able to purchase it online at stores like Amazon.  For details, be sure to like his Facebook page and keep an eye out! 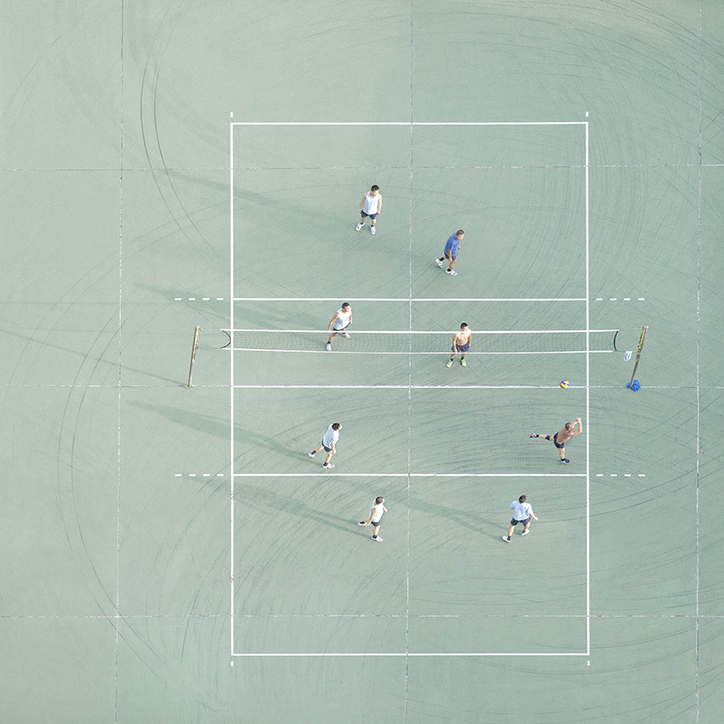