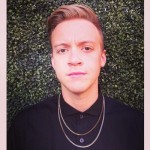 Since 2009, Can’t Stop Won’t Stop has been cobbling together beats, rhymes and rhythms that call back to the early days of hip hop. Drawing on influences like the Beastie Boys, A Tribe Called Quest and Wu-Tang Clan, and new school lyricists like Spose and Watsky the sound is upbeat and decidedly revivalist.

Can’t Stop Won’t Stop has been featured on the homepage of some of the most prestigious culture sites on the web. Buzzfeed, Gawker, ESPN, YouTube, Huffington Post, The New York Times, USA Today, TechCrunch, TheChive, etc. All totaled, and across platforms, their music has been listened to over 150 million plays.

Despite frequent reconstruction and occasional setbacks, the music has been (and is still being) made by a core group, namely: David Eff, Fresh Big Mouf, Davey Hawkins, Chuck Wild and Fade Simmons, and David Eff comes onto the podcast today to talk about his and the group’s creative journey.

-The ever-changing members of Can’t Stop Won’t Stop and how it is more of a collaboration than a group.

-The challenges that come with having moving pieces in the group.

-How it is usually easy to tell if an artist loves what they are creating or not.

-His opinion on when songs he personally loves are not as popular ones he isn’t as proud of.

-The idea of authenticity and how your day job shouldn’t necessarily define who you are in your soul.

-How people who are creative don’t want to feel pigeon-holed and need to be able to express themselves via many different means.

-How he gets the same level of creative fulfillment from marketing and branding of the group as he does from creating the actual music.

-How like Jack Kerouac, he appreciates the “mad ones” — the one that loves what they do.

-Human progress comes from people who see a problem in the world and can’t move on until that problem is solved.

-Usemysongs.com and why they allow their music to be used for free by artists.

-Why he lets filmmakers keep the ad revenue that they generate while using his songs.

-How to collaborate with artists in other fields who are also trying to put out the best content they possibly can.

David’s Final Push will inspire you to look at the opportunities in front of you and ask, “is this a unique opportunity that nobody else gets?” and “will I ever get this opportunity again?”

“There’s good and bad to it.  The good is that all the stuff that gets written comes from a place of really being inspired and having an itch that needs scratching.”

“To be perfectly frank with you, there’s a couple of songs in our catalogue that I think are slightly more phoned-in than others.”

“Anything that moves the needle comes from someone that lost a bunch of sleep over it because they were just so sure that they could do it better.  And I’m really glad that is ingrained in the human psyche.”

“I’m going to turn 50 some day, and I will just have to tell the story that maybe I could have been in a hip-hop group that did something someday.  And instead, the story I get to tell is that I did it.”