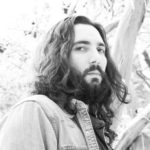 Ron has stood at the crossroads where so many musicians find themselves – at the intersection of record label and independence.  In an ever-evolving industry filled with rejection and compromise, he has plotted a new course for his music to reach loyal listeners, taking the industry-road-less-traveled in exchange for the ultimate payback, a league of devoted fans the world over (and I am one of them).

He has sold over 2 million singles to date, he averages 15 million spins a MONTH on Pandora, and his songs have been streamed over 120 million times.  His songs have been featured on “The Voice,” “Vampire Diaries,” 90210” and “So You Think You Can Dance.”

His latest album “Ron Pope & the Nighthawks,” is available everywhere music is sold.