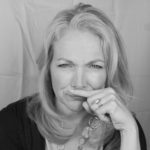 Casey is an accomplished Director and Producer in film & TV, but she is now dedicating her life to inspire entrepreneurial mothers to live their dream while sneaking ice cream behind her children’s back.  And to do this, she has created a new podcast, “Women With Balls… In the Air.”

In this episode, Casey discusses:

-How she got her start as a PA at Nickelodeon in New York City, but she realized quickly that she wanted to be in the field rather than stuck in an office.

-Why she started her podcast, “Women With Balls … In the Air.”

-How she wanted to be a dancer, but then realized that she might be better at something else, which is what drove her to TV & Film.

-One of her best creative moments when she was sick and had to finish a project for class, but still enjoyed doing it (and got an A).

-How she got to shadow Martin Scorsese and how even he is vulnerable and needs self-reassurance.

-One of her most unenjoyable times in her career when she sold out.

-One of her best moments, when she was able to direct for the first time.

-How she loves to learn and then teach others what she has learned.

-The beautiful affirmation that she often receives that show her that she has made the right decision and that she is going down the correct path.

Casey’s Final Push will make you realize that you are the only person in the entire world that can express your unique idea and story.

“It was one of those defining moments.  ‘This is what I have to do.'”

“We’re all creatives together and we all have fears.  That never stops.”

“I think everyone should sell out just once in their career because it teaches you so many lessons.”

“Motherhood is really difficult if you’re already living your dream.”

“There is no one that is going to give you a chance.  You have to go out there and get the chance yourself.”

Women With Balls… In the Air (iTunes)