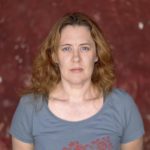 Debbie Chesebro is a creative producer with over 15 years of experience in production, post production, accounting & finance, feature films, commercials, and new media.  She has worked on feature films such as Hurt Locker, Nacho Libre, Fever Pitch, and Pee-wee’s Big Holiday, as well as many international productions.  Most recently, she worked in Cambodia on Netflix’s upcoming Angelina Jolie Pitt-directed feature.

In this episode, Debbie discusses:

-Her role in the new Angelina Jolie Pitt-directed feature on Netflix and her travels to Cambodia.

-The various roles and jobs that she has had throughout her career on her journey to be a producer and writer.

-The role that writing has played throughout her life.

-The unfortunate events that happened after writing a screenplay with her writing partner.

-The story behind “Prom Queen.”

-The strange phenomenon in Hollywood, how ideas are often met with similar ideas at the same time.

-The idea of regrouping to figure out why you fell in love with your creative passion in the first place and working from there.

-Her love for John Hughes films.

-How a writing partner that is willing to “play” and bounce ideas back and forth doesn’t just make the process more fruitful, but also more fun.

Debbie’s Final Push will inspire you to get back to your ORIGINS!

“The process itself can be so painful and torturous, but then when you have this story, this piece of paper that you filled up with words, it kind of seems like a magical thing.”

“Just go back to the origins.  Why are you doing this?  What inspired you in the first place?  What is it that you truly love?”