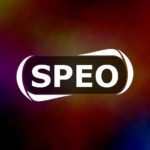 In this episode, Speo discusses:

-How he got started creating music.

-What it was like creating his first track and how your perception of good and bad changes and advances as you go along your creative journey.

-How his software crashed and he lost his first creative “masterpiece.”

-The notion of just jumping right into a creative endeavor and having fun without any expectations.

-How he had so much fun when he first started out that he didn’t notice the lack of attention he was getting.

-What kept him motivated to continue posting to a blank Twitter feed.

-The differences in the creative process now that he has an audience.

-How if you try to emulate other artists, you will make something that is, at best, slightly worse than what they created.

-How a structured and efficient schedule can sometimes lead to a less-fun and unsuccessful creative process.

-His plans for the rest of college and post-graduation.

-One of his worst creative lulls when he got into an uncreative cycle.

-Being physically active and having a healthy diet and the role that it can play on your creativity.

-How creating every single day will turn you into a person who is creative!

-The notion of simply creating something with no expectations, even on busy evenings.

Speo’s Final Push will inspire you to act on your creative impulse and make something!

“Get going.  Get right into it.  That’s where the best things happen in my experience.”

“I stumbled for a long while, but I didn’t really notice because it was so much fun making music and sharing it.  It took two years until someone listened and I was writing to a blank Twitter feed.  It took a while but then it was incredibly gratifying.”

“The gratification and validation that you get from an audience is great but it shouldn’t be the purpose of why you’re making things.”

“It’s a huge inspiration to know that there are people waiting for your next creative work.  That can really push you.  But at the same time, that can push you into a corner where you feel like you have to create a certain style.”

“I don’t plan on stopping music, basically ever.”

“Consistency beats intensity.  If you do something for five minutes every day, then you’re a person who does something daily.”