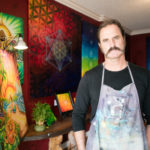 Drew Brophy has been a professional artist for over 25 years.  He says of his profession, “It’s my job to make things look cool.”  A life-long surfer and world traveler, Drew’s career exploded in the late 1990’s when he began painting his edgy artwork onto surfboards.

Drew’s love of surfing has led him down a path of studying weather, its effect on waves, and how the sun influences earth.  This has all led to a deep interest in physics and how it all interconnects.  He has studied physics extensively and it has influenced his artwork.  As such, his distinctive art style has evolved to include sacred geometry in an effort to decode the knowledge that ancient civilizations left for us.

Drew wants to share with the world the message that everything is energy and we are all connected.  He strives to create art images that help people understand the true meaning of life; that life is meant to be enjoyed. 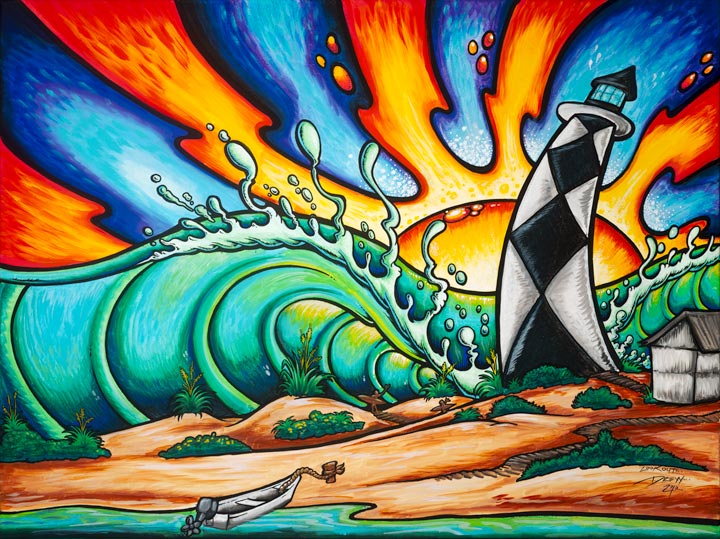 In this episode, Drew discusses:

-How he felt as if he didn’t fit in at school, but how the surfing community brought him in.

-Being a talented surfer and being able to travel the world, and then coming home and feeling like a loser because nobody understood.

-Feeling devastation and anger when a guidance counselor told him that he wouldn’t have a future as an artist or a surfer.

-A synchronistic event that led him to moving to Hawaii for his perfect job of painting surfboards.

-The experience of jumping on a flight and showing up to Hawaii.

-Using Posca paint pens even though nobody else was. 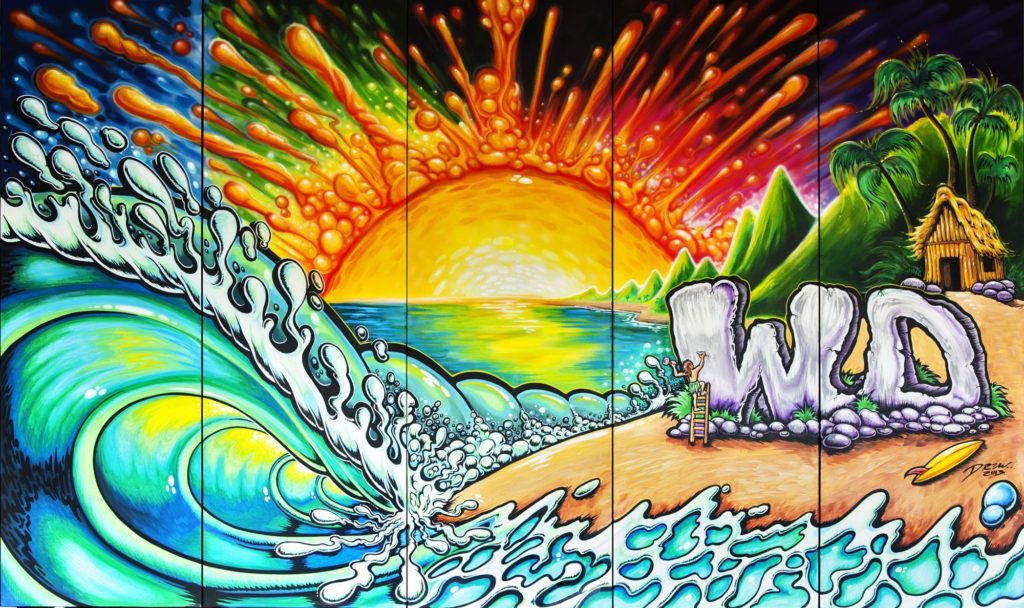 -Being smart enough to say yes to opportunities and then learn along the way.

-The value in something being done rather than perfect.

-Connecting with Matt Biolos and how that sent his career into a completely new trajectory.

-Trusting your instincts that what you’re doing is better than what the gatekeepers say.

-The contribution that his wife, Maria, has made to their creative journey, and how all of the lessons in her book, Art Money & Success, are lessons that they learned themselves.

-The trouble that many artists face when attempting to define themselves as artists or explain what it means to be a professional artist. 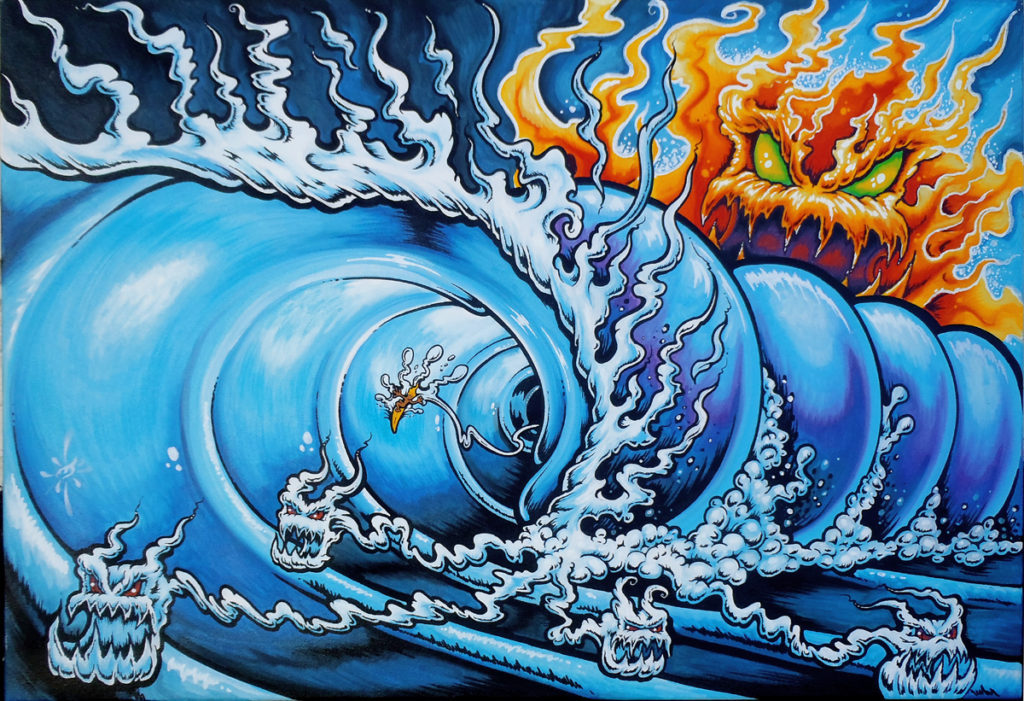 -The origin of his motto, “It’s my job to make things look cool.”

-The importance of choosing your words wisely when telling people that you are an artist or a creative person, because that is the way that you will make connections and get work.

-His studying of ancient civilizations and sacred geometry and how they all cared so much more about arts and nature.

-The importance of being authentic and creating things that you are interested in (and diving deep into them).

Drew’s Final Push will inspire you to go after the thing that makes you happy!

“I was really a square peg in school.  I think a lot of artists feel that way.”

“I went from Nowhere, South Carolina to Ground Zero for Surfing Madness.”

“I decided right there and then that I was going to become the best surfboard artist in the world.”

“You literally can create your life.  I wish that schools would teach you that.” 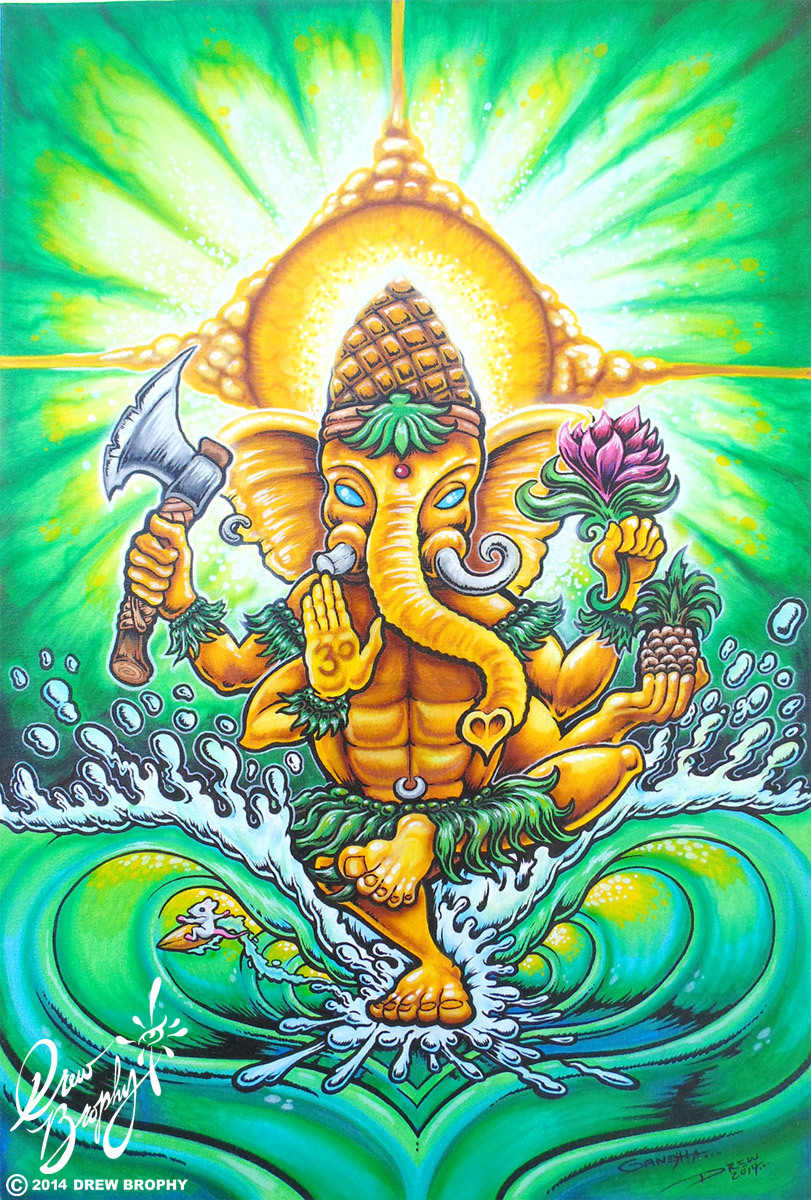 “As an artist, I’m making the rules.”

“Every time you’re out in public, you need to be training people on who you are.  And it’s very important that you choose your words wisely.”

“I think the world would be a much better, prettier place if people would step out of their left brain and create every day and unleash it on the world.  Everybody has it.”

“I never really set out to be an artist.  All I set out to do was to be happy.  Strive for that.”

Maria Brophy on Your Creative Push

Art, Money & Success: A complete and easy-to-follow system for the artist who wasn’t born with a business mind by Maria Brophy 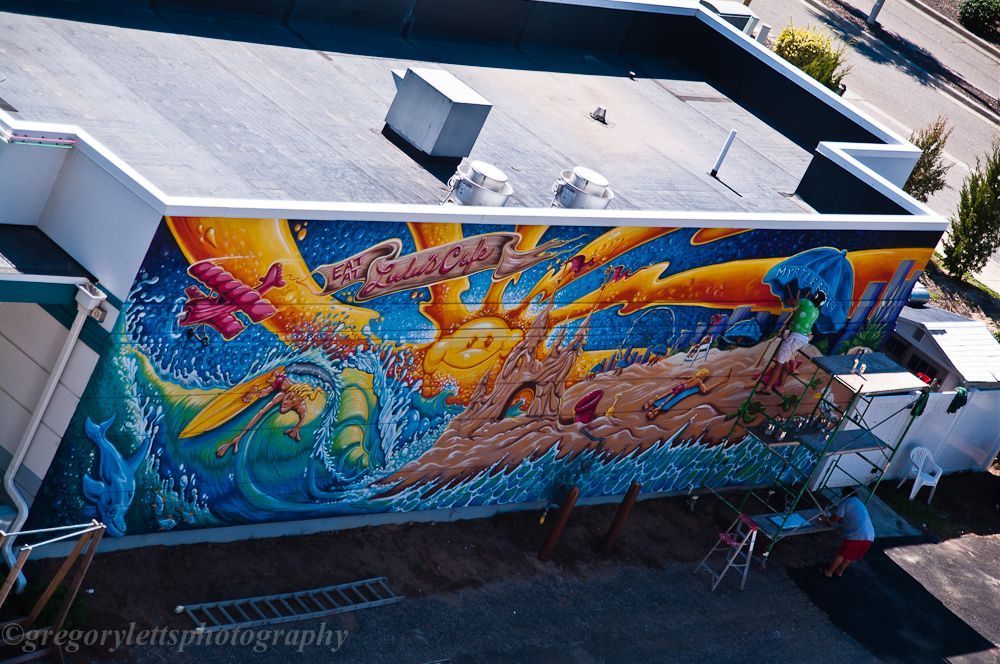