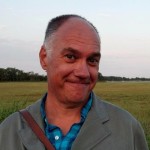 Danny Gregory has spent three decades as one of New York’s leading advertising creative directors and has created award-winning, global campaigns for clients like Chase, JPMorgan, American Express, IBM, Burger King, Ford, Chevron and many others. Danny has written many internationally best-selling books on art and creativity. He is also co-founder of Sketchbook Skool, an online creativity school that has inspired tens of thousands of students around the world.

In this episode, Danny discusses:

-The voice in your head that tells you that you shouldn’t be working on the ideas that you come up with.

-The reason why he wrote the book “Shut Your Monkey.”

-The role that the amygdala has played in helping humans to survive as we have evolved, but how it now pops up in situations where it is not useful.

-The value in recognizing the monkey’s voice so that you can differentiate what it tells you is foolish from what actually is foolish.

-The importance of sitting down and doing the work without judging it, because it might turn into an important idea, but if you kill the idea before you even try, you will never know.

-The idea of perfectionism and how sometimes it is just a way for us to delay putting our art out into the world.

-How important creative people are to the world and how discussions about the problems they have are important to have.

-What Sketchbook Skool is and why he created it.

Danny’s Final Push will inspire you to to SHUT YOUR MONKEY and get to work!

“You probably should have a little bit of doubt in your life, just to push back against.”

“Our job as creative people is to make something new.”

“But the reality is that all kinds of bad things are going to happen to you if you spend all of your time sitting on the couch watching the ball game drinking a beer.”

“You have to be able to suspend judgment in order to make creative work.  There’s a time for judgment but there’s also a time for productivity.”

“You have to decide that your life and the work that you are doing matters more than this engagement with this stupid voice in your head.”

“No matter what it is you make, somebody is benefiting from what you are making.  Your job is to focus on that.”

“Nobody is going to notice the glaring imperfections in your work the way you are.”

“We live in times in which creative people are more important than ever in human history.”

“Try something.  Just try it.  Even it doesn’t work perfectly, it is better than holding it back endlessly.

“Don’t worry about what people are going to think.  Start making stuff and start putting it out there and sharing it with other people.”

“Shut Your Monkey” by Danny Gregory