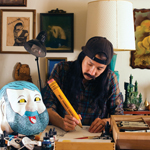 Michael C Hsiung is characterized by: large mustache (one of the few remaining facially hairy Asians surviving today) with all of the species capable of reaching one ton or more in weight; herbivorous diet; and a thin yellow protective skin, 1.5-5 cm thick, formed from layers of collagen positioned in a lattice structure; and a relatively small brain for a mammal of his size (400-600g). . Michael is prized for its mustache, sometimes his art. Not a true mustache, it is made of thickly matted hair that grows from the skull without skeletal support. Michael has acute hearing and sense of smell, but poor eyesight over any distance. Michael C. Hsiung will probably live to be about 50 years old or more. 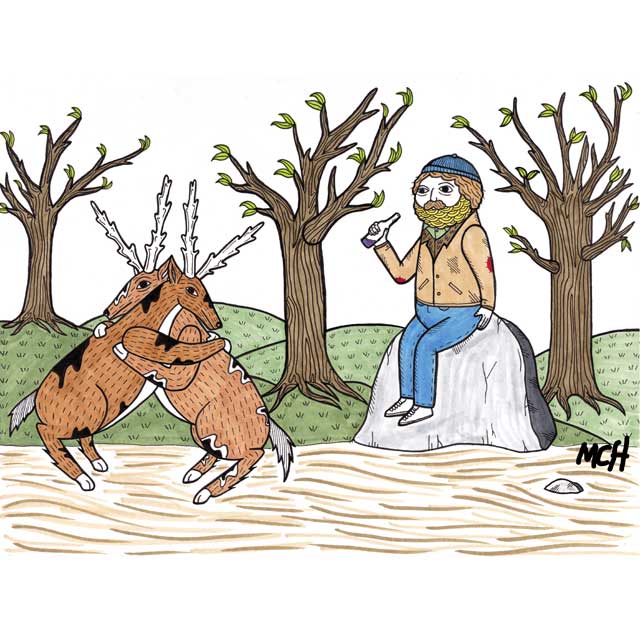 In this episode, Michael discusses:

-The inspiration behind his image of a man observing two deer hugging.

-How he developed his style on his own and how he was somewhat self-conscious as he began to hone in on his own style.

-The guidance that his sister gave to him on his artistic path, while still letting him figure things out on his own.

-The concept of self-doubt and the complications of doing art full-time.

-The importance of putting yourself in a good mindset if you are feeling too much pressure to create.

-How a lull in his professional life led to him starting taking drawing seriously. 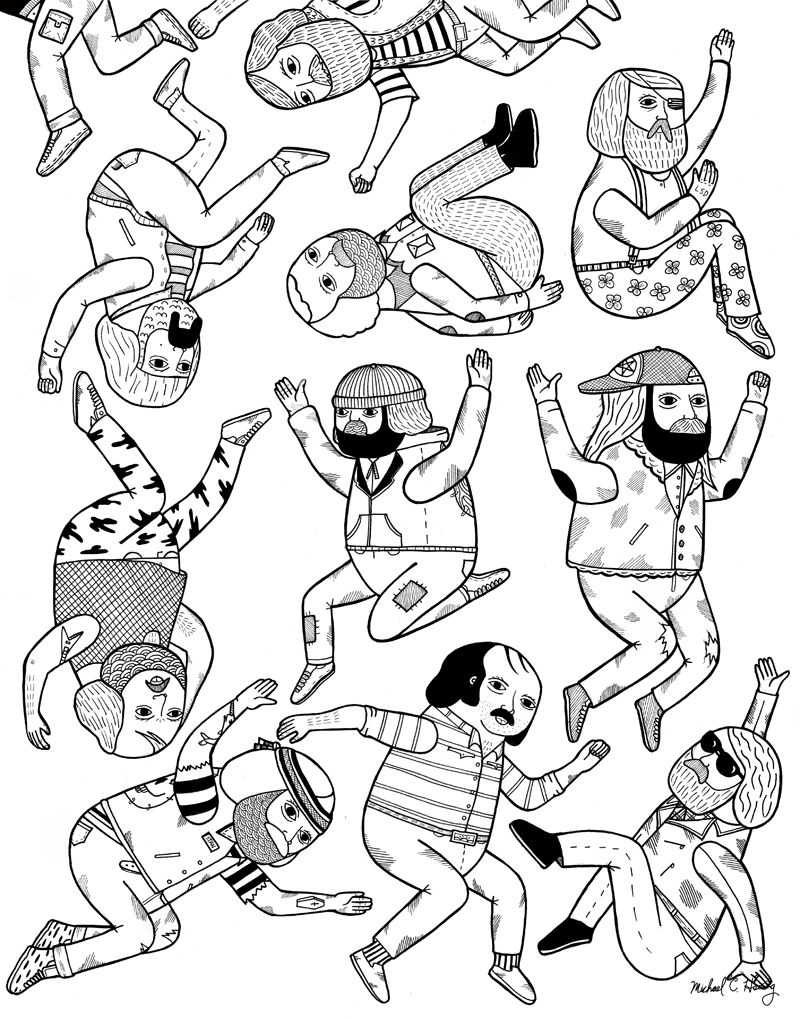 -The mermen and having the courage to dive back into the things that he was interested in as a kid.

-The daily battle he has with Resistance as a freelancer.

-The balance of trying to stay ahead of the curve, but also not worrying too much about the future.

-One of his favorite creative moments when he got to design ads for an umbrella.

-How he schedules his work time based on his wife’s work schedule.

-How his sister is still his greatest inspiration.

Michael’s Final Push will inspire you to concentrate on the present and not worry too much about the future! 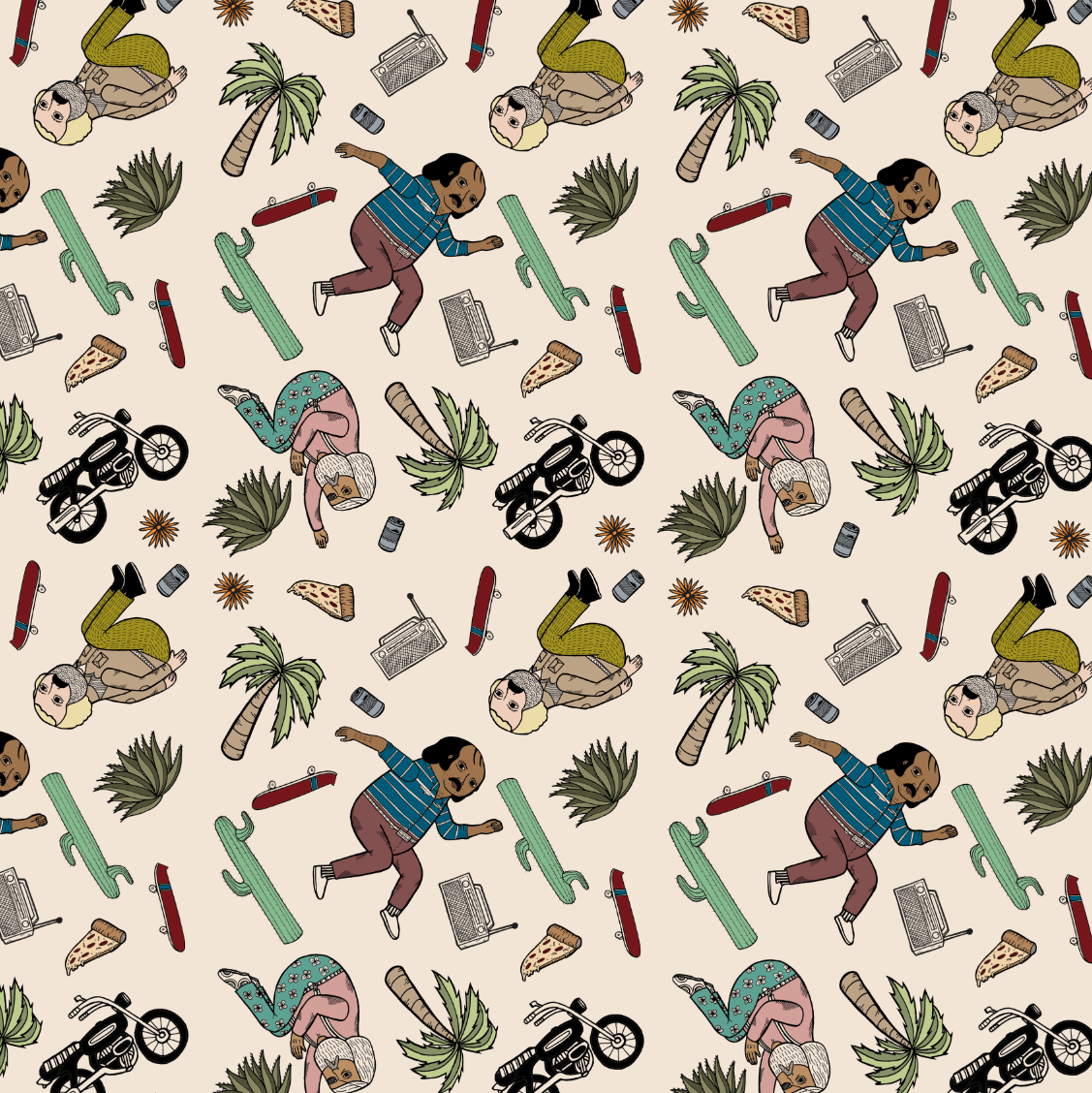 “There’d be periods of time where I was just so conscious of what I was doing and the process that it would be hard to make stuff.”

“I’ll try to recreate an environment where I enjoyed drawing when I first started.”

“Just start out with a stupid idea and let it blossom.”

“If you’re bored, just draw something.”

“It’s nice to try to keep some kind of schedule because if it’s too flexible, you probably don’t get a lot of work done.” 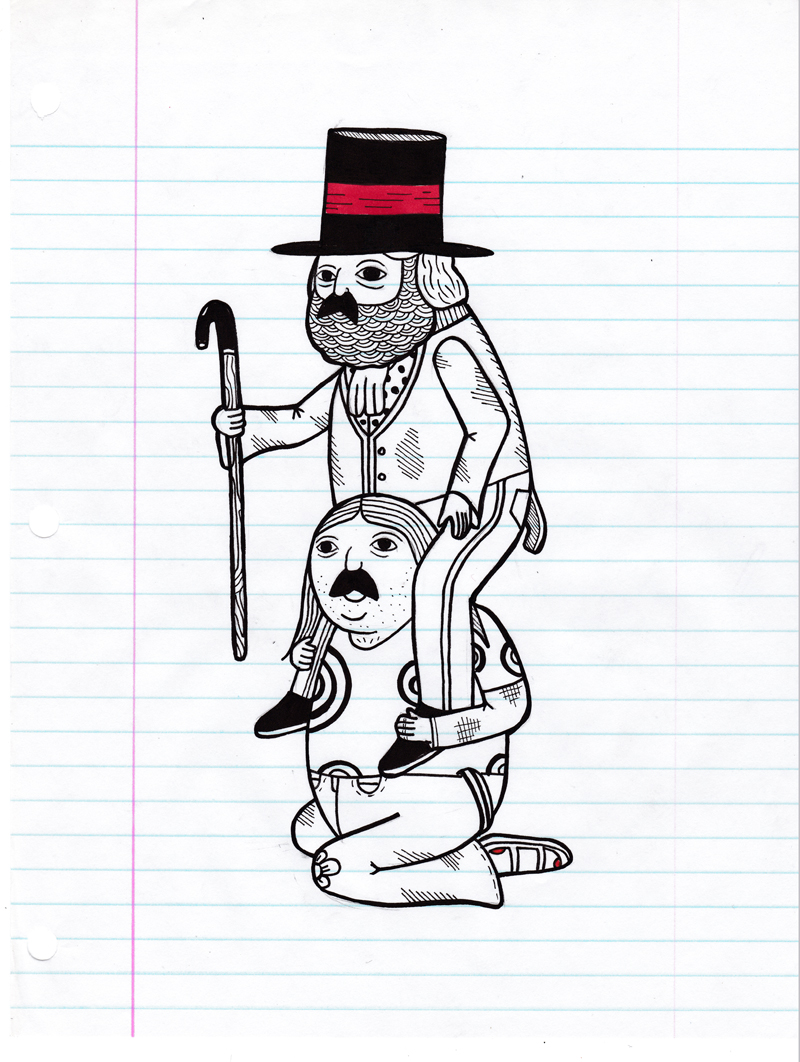 “Vagrant Viking: My life and adventures” by Peter Freuchen 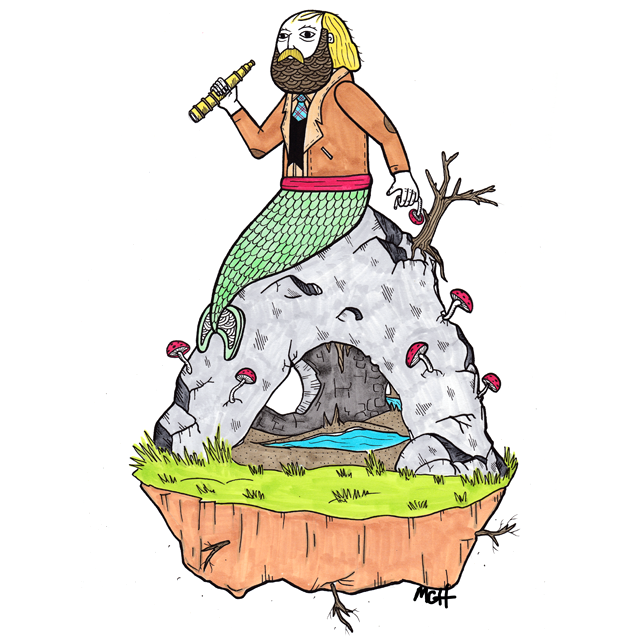