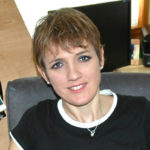 Cinzia Angelini is a veteran story artist, animator and director with more than 20 years working in the animation industry.  She has worked both in 2D as well as CG and is currently a story artist for Illumination Pictures.  She has worked on films such as The Prince of Egypt, The Road to El Dorado, Meet the Robinsons, Bolt, and Spider-Man 2.

Her latest project is titled, Mila.

In this episode, Cinzia discusses:

-A bit about her professional background and how she got to the point she now finds herself in her career.

-The inspiration behind Mila.

-How she attributes the team of 250 people from 25 countries wanting to work on Mila because of its powerful theme.

-How animation artists typically work on happier projects intended to make children laugh, but the chance to work on such a strongly themed project made many of them want to jump on it.

-Some of the challenges that come from working with a large team from all over the world in a virtual environment.

-How she is happy that she was somewhat ignorant of how tough such a large project would be.

-How if you think too much about the potential consequence of trying something, you will lose the momentum and not even try.

-The power that comes from a visual representation of what you are trying to accomplish.

-The advantages of being able to multitask.

-How she gets through the daily struggles of being tired and worn out.

-How people can support the creation of Mila through the Indiegogo campaign.

-Her recommendation for anyone thinking about it, to direct even a short production because of how much you learn.

-The importance of surrounding yourself with people who have the skills that you don’t have.

Cinzia’s Final Push will inspire you to pick a subject that is personal to you, and others will follow!

“If it wasn’t for the theme, I wouldn’t have had this reaction from the artists.”

“My father usually tells me I am like a warrior, so I have a little bit of that attitude of, ‘Let’s just do it and we will figure it out as we go.'”

“I would do it a gazillion times over, even if it is so much work.”