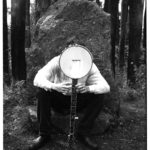 -How sometimes the ideas you come up with won’t make sense until a much later time.

-To take the pressure off of yourself — what you create does not have to be a masterpiece.

-Just like your dreams are created, it is okay to use pieces of yourself and your daily life in your art.

-The importance of having fun while creating.

-Terence McKenna and the idea that nobody knows the answers.

-Thinking about the possibilities of the things that didn’t happen to you.

-An exercise that he does as a songwriter in which he writes new lyrics to an existing song, then changes the melody.

-How you have to go easy on yourself when it comes to creativity.

Noah’s Final Push will inspire you to start small and start steady!

“You use the material of the world to reflect on it.”

“For a creative process to really be meaningful there has to be an element of searching in it.  You actually can’t have all the answers.”

“We’re all these really unique constellations.  There’s no way that it won’t be original, whatever it is that you make.  You’re the only one who would do something like this.  There’s no other creature that would make it in just the way that you would.”

“You have to be so gentle with yourself with creativity.  There’s no rule book which determines whether a drawing is legitimate for the reason it was made.”

“Start small and start steady.  The Muse is fickle and she has a lot of lovers.”