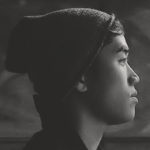 Andrew Huang is a Toronto-based music and video producer with a penchant for working within absurd, self-imposed limitations.  He has released over 2,000 songs in a massive range of genres.

Andrew is best known for his Song Challenge video series, which invites viewers to dare him in feats of musicianship, and has garnered him over 40,000,000 views on his YouTube channel. He has penned a five-language rap, composed a song with 300,000 notes in it (in celebration of surpassing 300,000 subscribers), and covered numerous pop songs using only the sounds of items mentioned in the lyrics – for instance, “99 Red Balloons” played on red balloons.

-How he started making such creative music videos.

-The story of one of his first sponsored videos from a jeans company.

-His expectations for, and his eventual relationship with sponsors.

-The notion of trying as much as you can and seeing what “sticks to the wall.”

-How it is sometimes impossible to determine what makes some songs or videos more popular than others.

-The pros and cons of becoming known for one particular element of a wide range of content that he puts out.

-The story behind his album, Comet.

-The way that excitement for a particular project during it’s creation is almost always linked to the actual finished project itself.

-How he isn’t afraid of being different, but of being too normal.

-The importance of finding the overall goal of what you want to create.

-How he sometimes has too many projects waiting to be created, and it is hard for him to narrow down which one to work on next.

-How sometimes the first step is the hardest, but you just have to sit yourself down and get started, because it all gets easier once you do.

Andrew’s Final Push will inspire you to work hard for what you believe in and what you are passionate about!

“I can usually tell what’s going to be possible even before I attempt it.”

“I don’t know if I would call it foresight, but there was definitely an understanding that this was a growing medium and this was a place where advertisers were going to be coming more and more.”

“I thought I was going to be a producer-for-hire and an engineer-for-hire forever, but as I’ve worked more with YouTube and grown an audience there it seemed to be a more viable thing.”

“I’m a pretty prolific person, so for me it’s all about that approach of throwing things against the wall and seeing what sticks.”

“I’m a real advocate for the ‘less is more’ kind of approach.”

“When I look back on the stuff that I’m the most proud of, it was the pieces that came out of being really excited about a particular concept or a particular bit of inspiration that I had.”

“For me, I think it’s the opposite.  I think I have a fear of something being too normal.”

“What’s important is finding the vision and the overall goal of where you want to be going and aiming there and working towards that.”

“Being unique is not necessarily a goal that everyone needs to have.”

“I have thousands of projects sitting on my hard drives and it’s hard to narrow down which one to work on next.”

“I think there’s a compounding effect that happens when you can work more in depth rather than in breadth.”

“Once you get going, it’s way easier than you think it will be.”

“Being able to be creative and to have agency over the way that I’m spending my time is actually a health benefit.”