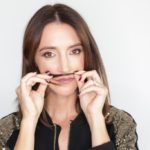 Angela Hoover is a comedian, celebrity impressionist, and a mother of 2.  She was a semi-finalist on Season 8 of NBC’s America’s Got Talent.  She has guest-starred on the Emmy nominated Hulu series, Casual, been a talking head on TLC and Nickelodeon, improv’d opposite Dana Carvey on TBS’s First Impressions, and is currently a recurring cast member on Disney’s Walk the Prank.

She has also written and performed 2 sold out one-woman shows at the Lex and the Comedy Central Stage at the Hudson in Los Angeles.

In this episode, Angela discusses:

-How from a very young age, she was always interested in other people’s dialects and impersonating them.

-A “lightbulb moment” when her father took her to a musical.

-Working for Jack Canfield and the impact that that had on her life and goals.

-The story of how she started impersonating Drew Barrymore.

-Her experience on America’s Got Talent.

-Feeling like you “missed the boat” after a long gap in your creative career.

-The notion that acceptance is not resignation.

-Having a positive mindset with the situation you are currently in, while still putting out energy into the direction that you want to go.

-How she likes to announce that she is going to do something before she even knows if she can do it.

-Her 30 days of impressions and the challenges that went into it.

-The idea of reverse engineering the happiness, pride, or fulfillment that you feel at the end of your creative endeavor.

-Her one-woman shows and the creative process behind them.

-The misconception that many creative people have that they are going to immediately come up with gold when they sit down and get to work.

-Some of the resistances she faces when trying to write as well as being a comedian in general.

-Her experience at the Cannes Film Festival and how that motivated her to work harder to be on the other side of the carpet.

-The power in admitting how much you want something, even though it might be painful.

-How it takes more energy to HIDE from your goals than it does to actually put the work in.

Angela’s Final Push will inspire you to ask yourself if you are waiting or if you are creating.

“I felt like this sort of blank canvas and I would just take whoever I was with and become that person.”

“I thought I was going to be the short, stubby Julia Roberts.”

“Sometimes you feel like if you don’t know if something is going to work out or not in your career, you give yourself the excuse of why practice this anyway?”

“The more you make peace with it and make the best out of it, then things change.”

“I tend to tell people in public that I’m going to do something before I know if I can do it.”

“To expect that you’re going to sit down and just have sheer brilliance move from your fingertips is just such a horrible expectation to put on yourself when you’re going to create something.”

“It punched me in the gut that I was on the wrong side.  It woke me up, because I realized I was pretending that I didn’t want it as badly as I did.”

“Even though it is sometimes a painful thing, admitting how much you want something can give you that initial push and burst of desire that you need to sustain a career that is creative.”

“Practice those things that you want to get good at like your opportunity is coming tomorrow.  Because it might.”

“Are you waiting or are you creating?”

What are you going to admit that you desperately want out of your creative passion?  Join that discussion at the Facebook group!