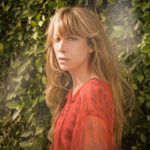 Amy Dresner is a former professional stand-up comic, having appeared at The Comedy Store, The Laugh Factory, and The Improv. Since 2012, she has been a contributing editor of the online addiction and recovery magazine TheFix.com. She’s also written for the Good Men Project, The Frisky, Refinery 29, and has been a regular contributor to Addiction.com and PsychologyToday.com, where she has her own addiction blog entitled “Coming Clean.” My Fair Junkie is her debut book.

In this episode, Amy discusses:

-How she got into the position to write her first book.

-The misconception of creative people that you need drama, tragedy or addiction to have a significant life or art.

-Finding inspiration by simply being outside of your comfort zone.

-The connection between addiction and creativity and seeking a connection to something outside of yourself or something greater.

-How she was able to be so open, honest and vulnerable in writing My Fair Junkie.

-The impact of a quote from Jerry Stahl, author of Permanent Midnight: “If you had the nerve to live what you lived, you should have the nerve to write about it.”

-Dealing with the resistance of not wanting to put herself in the headspace of active addiction.

-How it is never too late to start something or to change (and how you’ll never feel ready).

–How you do anything is how you do everything.

-Allowing yourself to have “shitty first drafts.”

-How she writes for herself and why she never reads the comments on her articles.

-Putting yourself out there and owning all of your mistakes, flaws and humanness.

Amy’s Final Push will encourage you to take consistent action every day, despite your feelings.

“I’d finally had a real narrative arc where I had a transformation and a story to tell.  I landed in a different place and I had something to say.”

“What was comfortable for me was the chaos.  What’s uncomfortable is any kind of normalcy and things going well.”

“Ironically, the more specific it is, the more universal it is.”

“You get ready by doing it.  If you’re waiting to feel ready, you will wait forever.”

“I feel weirdly bullet-proof.  A big way that I deal with my own shame is to own it.  I put it out there.  Because then what is anyone going to say?”

“There is a freedom in owning it.  Because nobody has anything on you.  There’s no secret.”

“It’s always scary when it’s new.  The more you do it, the less scary and hard it becomes.”

“Fuck your feelings and take your action.  Take consistent action every day.”

Too Sober to Be Creative (The Fix)

My Fair Junkie: A Memoir of Getting Dirty and Staying Clean by Amy Dresner